We want to warmly congratulate Sinn Féin and Ógra Shinn Féin for their victory in the Irish general election celebrated on Saturday 8th of February. We have longly had a close and fraternal relationship with Ógra Shinn Féin and, as sister organizations, we want to send our most sincere internationalist support.

In one of the best results in its history, Sinn Féin has broken the bipartisanship that has long governed Irish politics and led to increasing inequalities, poverty and housing emergency. In a global context of neoliberal hegemony and rise of far-right parties, Sinn Féin represents a socialist republican alternative, standing up for social justice and defending the rights of the working classes against those who want to destroy them. And the project has been led by a woman, Mary Lou McDonald, providing a strong feminist perspective to such a masculinised world as institutional politics.

Like in the Catalan Countries, Irish people have long struggled to defend their right to democratically decide whether they want to live in a united free Ireland. The victory of Sinn Féin is also a giant step towards Irish unity and in favour of the right to self-determination of the peoples in Europe and all over the world.

The young vote has been decisive in this result, just as it was decisive in legalising the same sex marriage in 2015 and decriminalising abortion in 2018. It is the untiring work of Ógra Shinn Féin activists that has made this possible, because it is the youth that will bring political change. The future is in the youth’s hands, and as a consequence, we need to actively participate in the defense of social rights that are continuously snatched by the political elites.

From the Catalan Countries, congratulations, comrades. Your victory is ours! 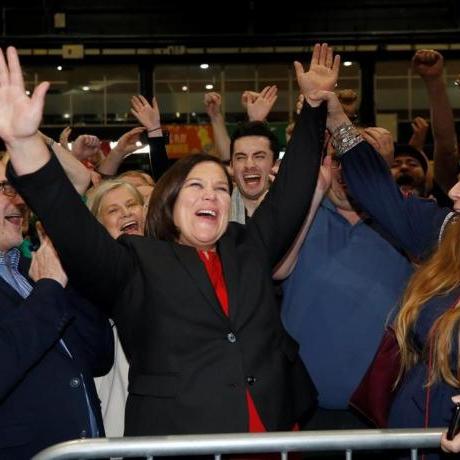 Like in the Catalan Countries, Irish people have long struggled to defend their right to democratically decide whether they want to live in a united free Ireland
URL CURTA: https://joventrepublica.cat/url/379636
Comparteix: